Half-Life 2 is a first-person shooter game published and developed by Valve. Part of the Half-Life franchise, it is a sequel to the game Half-Life. Set primarily in a dystopia, the game follows Gordon Freeman and his friends Alyx Vance, Barney Calhoun, and others. The game first released on Steam on November 16, 2004. 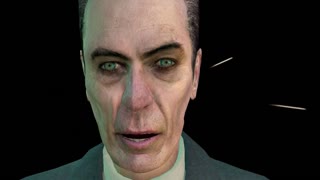